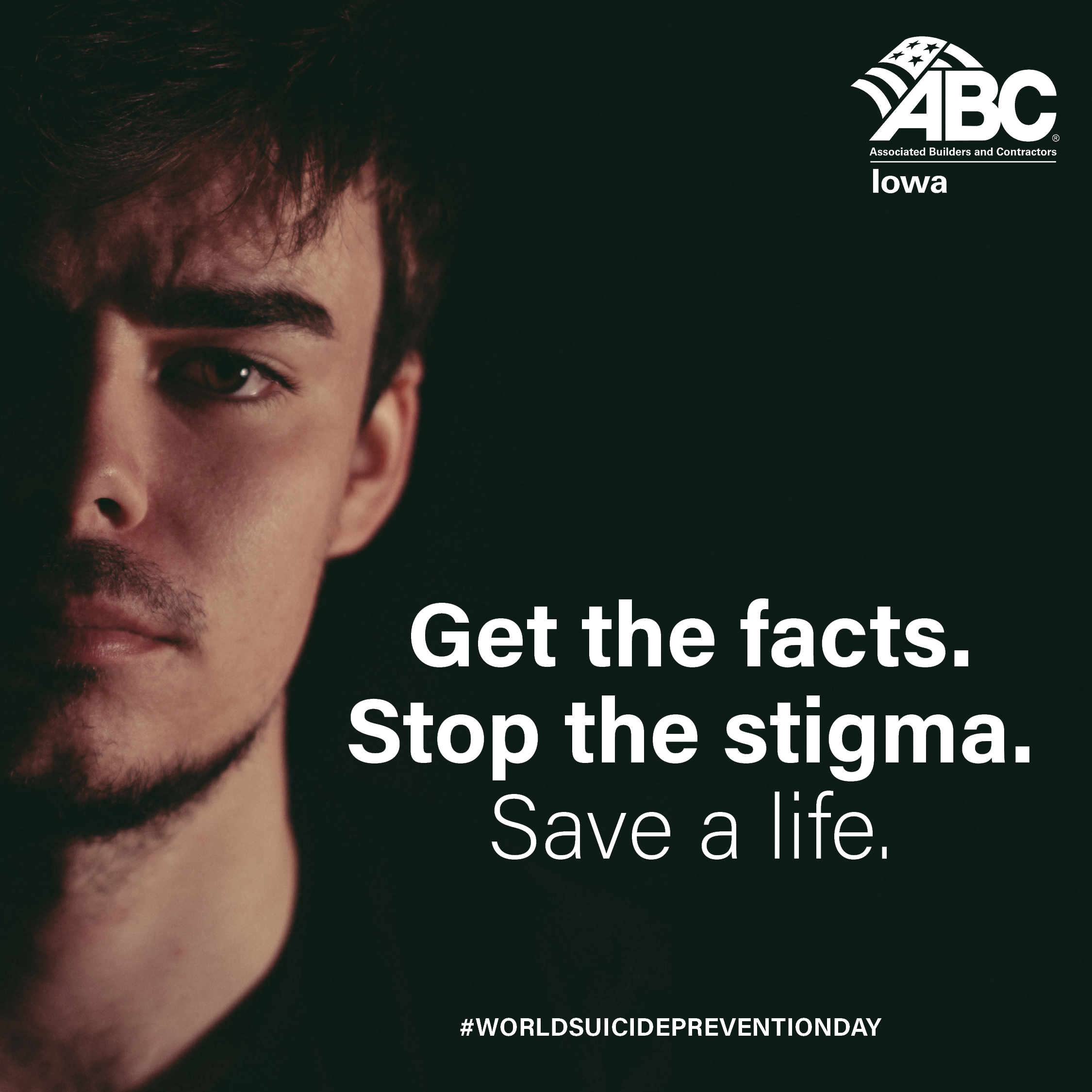 GRIMES, Iowa (Sept. 1, 2020) — Associated Builders and Contractors of Iowa (ABC) announced today they signed the Construction Industry Alliance for Suicide Prevention’s pledge in honor of suicide prevention month. September marks a month where the nation works to bring attention to and prevent suicide.

“Each and every day, ABC of Iowa members work to ensure a safe environment for their employees. When it comes to suicide prevention, that is no different,” said Greg Spenner, ABC of Iowa President & CEO. “We fully appreciate the seriousness that suicide has on those in our industry and pledge to do whatever we can to end it. We will work with our member employers, safety professionals and employees to normalize the topic of suicide prevention and the importance of mental health.”

Resources for implementing a suicide prevention program in the workplace can be found on the Construction Industry Alliance for Suicide Prevention’s website, www.preventconstructionsuicide.com.

Associated Builders and Contractors of Iowa is a non-profit construction trade association that boasts the largest construction apprenticeship-training program in the state. ABC fosters the principles of freedom of choice through the merit construction philosophy. ABC members build commercial buildings, industrial plants, municipal and public works projects, roads and highways, homes and provide an array of construction services. For more information, visit www.abciowa.org or www.abciowatrust.org.